A Collection Of Stiff Kittens

by Bright Too Late 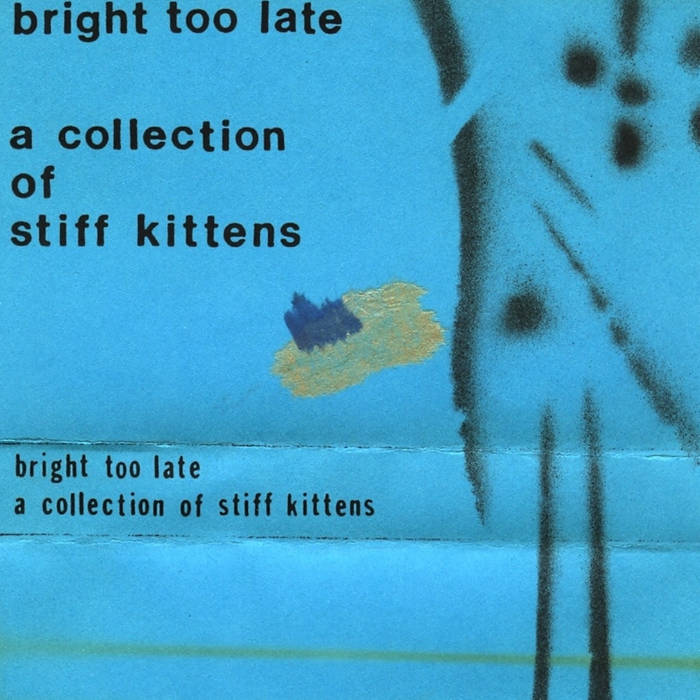 Bright Too Late
A Collection Of Stiff Kittens

Avant garde improvisational textures, experimentation, postpunk aggression similar in places to This Heat, with touches of Canterbury scene sensibilities. Kind of prog, kind of punky, totally experimental and underground! It also has a Raincoats and Lemon Kittens vibe.

For more information on Bright Too Late, including videos, visit
www.haltapes.com/bright-too-late.html

This archival issue of a collection of stiff kittens has been authorized by David Mattingly of Bright Too Late.

side a:
agitation (entrance)
clique trip
interference
the meaning of meaning
inside the surface
to the edge and then what?
fatigue
windowsill deceit
making politics personal
being frippish

side b:
autumn rhythm
end of an ear (part II)
six till twelve
after awhile
himalaya
nearly twelve
agitation (exit)

recorded in Indianapolis, Indiana in 1984

The first version of A Collection Of Stiff Kittens presented here is the tape broken up into individual tracks for each song. I did my best, but my “edits” are a little questionable in places. Often songs flowed almost immediately into the next with a only a split second in-between. I was able to magnify the waveforms on my computer screen in Audacity, and I tried my best to place the track marker in a reasonable/logical place. But it’s not perfect. I guess you can think of this version as a convenience version, in case you ever need to access a specific song easily.

The other version of the cassette included here is a straight transcription of the complete sides of the tape. In many ways this version is preferable because it preserves the natural, organic flow of the original cassette album.