A Matter Of Principle 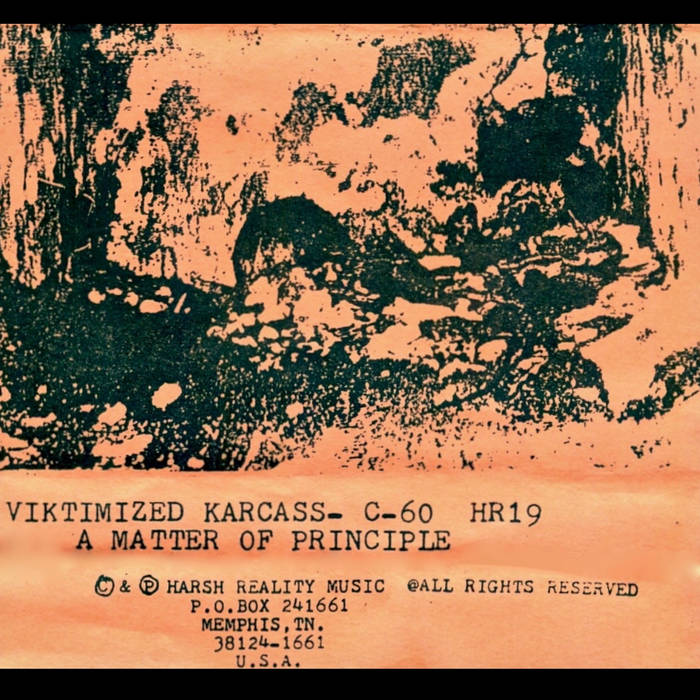 Visit a special info page about A Matter Of Principle
including a review by Jerry Kranitz and an interview with Chris Phinney
www.haltapes.com/hr019-a-matter-of-principle.html

This archival reissue of A Matter Of Principle by Viktimized Karcass was created with the full cooperation, involvement and authorization of Harsh Reality Music label owner and compilation producer, Chris Phinney.