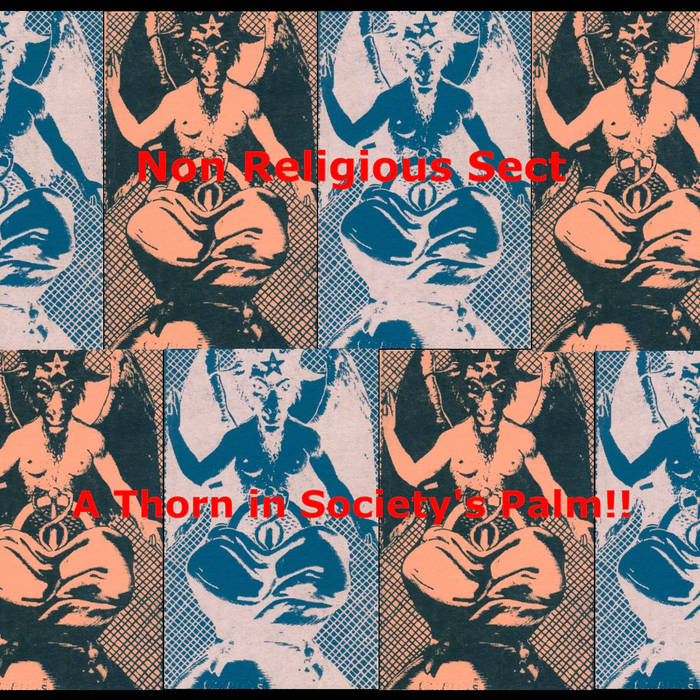 Recorded with an Akai 4-track reel-to-reel

BE FOREWARNED: this album contains some wordplay that will be considered racially insensitive by modern 2019 standards. At the time of its creation in the early 1980s, Phinney and Honeycutt considered their use of it being merely for shock value. Explanation at the link below.

Visit a special information page about
Non Religious Sect — A Thorn in Society's Palm!!:
www.haltapes.com/hr002-non-religious-sect.html
— includes a review by Jerry Kranitz, and an interview with Chris Phinney

This archival reissue was created with the approval and full cooperation and participation of Harsh Reality Music label owner Chris Phinney.