Just Sittin' Around The House 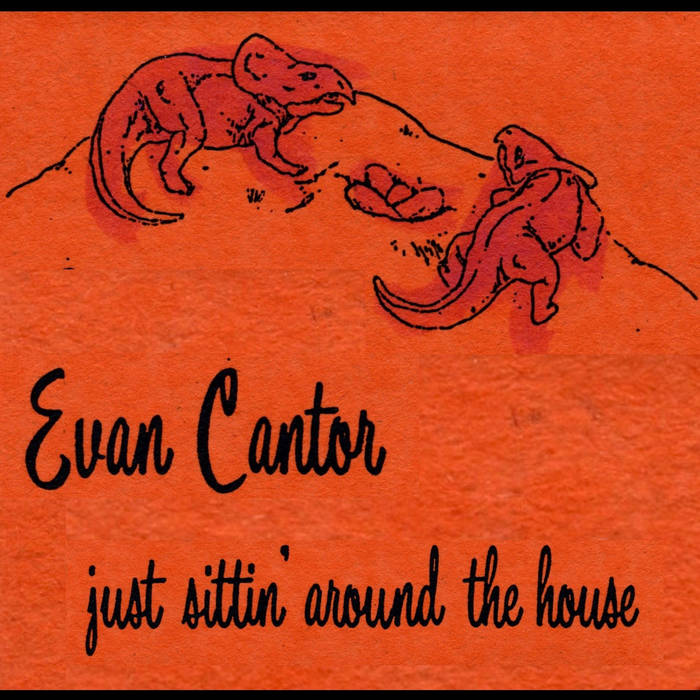 Notes For “Just Sittin’ Around The House”
written by Evan Cantor

General Notes: At the time of WoG’s break-up, I was concerned about how my musicianship was being perceived by the underground. Despite all the myths about Walls Of Genius being idiot-savants wailing away with no musical background or chops, I was feeling un-appreciated for all the musical chops I brought to the table. For instance, I could sing in many different voices, but everybody seemed to think those voices were Little Fyodor, or so I perceived. So I was ready to assert a part of myself that had been subsumed by Walls Of Genius. “Just Sittin’ Around The House” became a sort of “All Things Must Pass” for me, music that had been literally been ‘sittin’ around the house’ for years. Although I received positive reviews for this album, I realized, or thought, that this wasn’t really the kind of music that was in synch with the cassette underground of the 80s. For me it may have been experimental—yes, I was experimenting with different tunings, but primarily the tunes are very conventional. A lot of tunes like this were incorporated into Walls Of Genius titles, but they had always been engineered to be “odd” or “off-beat” in some way, something “experimental”. At the time of the WoG break-up, I needed something conventional. Not only was I concerned over the perception of my musician-ship, I also feared that the Walls Of Genius “scene” would banish me forever to a life lived on the fringes of society, that if I continued with it I would never have a satisfactory sex life again and never meet anybody but the weirdest members of a small segment of society. So, in some sense, “Just Sittin’ Around The House” was an effort to counter-act all that. But not long afterwards, I dropped out of the underground scene, believing that nothing would ever come of it in the future. I’ve said it before, but I’ll say it again: I was wrong. In any case, the recordings I made subsequent to this album were not, as far as I can recall, introduced to the Cassette Culture underground. I made a series of recordings starting with “Hell Is Empty…”, which focused on more original material, and then “Chestnuts” and “Straight Covers”, both of which were cover versions of classic rockabilly and top-40 songs. My recollection is that none of these recordings were presented to the Cassette Culture, although I would have distributed some of them to friends and family. As I have a nagging memory of somebody saying something nice about my version of “Love Potion #9”, I may be remembering this inaccurately.

Jeff Coat’s Couch: this song is an inspired tribute to one of my fraternity brothers, Jim, a mutual friend of mine and the soon-to-be ‘Little Fyodor’. Jim was an iconic party animal, a kind of southern-fried Belushi-like character, interested in techniques for both mind expansion and mind erasing. The lyrics here reflect a portrait of the man. Unfortunately and not particularly surprising, Jim experienced substance abuse problems later in his life which no doubt caused him a great deal of grief. I have not been in touch with Jim since that time. Later on, my wife, Robin, used the lyrics as a “poem” in one of her college writing classes and, lo-and-behold, the instructor finally liked something she had ‘written’ and gave her an ‘A’ on the poem. The music itself was the result of my experiments with finger-picking, open tuning and slide.

Kathryn’s Song: this song was written during my time with The Blitz Bunnies in Fairfax, Virginia, in 1980. The Blitz Bunnies was a punk-rock band attempt, which included members of local bands The Young Turds and The Nurses. We played only one memorable gig, at American University in Washington D.C. It might be of passing interest that the soon-to-be ‘Little Fyodor’ attended that one concert. Bass player Tim Carter would go on to play with The French Are From Hell, along with Kevin Landes, the saxophone player with whom I would shortly collaborate on jazz standards as The Mystic Knights Of The Sea. At one of the Blitz Bunnies’ band practices, drummer Harry’s girlfriend complained that we never played any “pretty songs”. So I wrote a pretty song for her. The Blitz Bunnies never played it as the band broke up after only a few months.

Calf Mountain: Calf Mtn is a small peak in the very southern reaches of Shenandoah National Park. One of my fraternity brothers, Rick, had a piece of mountain property on the lower slopes and I went there one time with Rick and some others, hiking on LSD. I was wearing a pair of leather Dr. Scholl’s sandals that day. When the weather turned a little chilly, I stuffed pine needles in the sandals to keep my feet warm. I meandered all the way to the summit where I witnessed a mind-blowing sunset as voices wafted up from below, “Evan… Ehhhh-van!” I caught up with my pals, no harm done. Musically, this represents a unique tuning that I had invented on my own. I dropped the fat E string down to D and raised the B string a half-step to an A. I used this same tuning on the song “Opium Dream”.

Nobody But You: I don’t remember this song at all, but I find that I like the jazzy chord progression. The references to a bird singing her song and “Rockin’ Robin in the treetop” expressed my joy in rediscovering my sex-life with the woman who later became my wife. This song has what I think is the best lead guitar work on the album. It’s a very Byrdsian chiming-guitar kind of thing.

Robin’s Run: another one that I don’t recall, an instrumental titled in honor of the woman who later became my wife. Perhaps it should be mentioned that it took many years for Robin to grow accustomed to the idea of Walls Of Genius and its persistent existence. She was a so-called “normal” when it came to all this underground and experimental music activity. She recalls attending a Miracle session and although she clearly admired Leo Goya’s inimitable and forceful creativity, she was rather baffled by the experience of free jazz and noise music.

Rivanna Blues: yet another that I don’t recall, but again, I like the jazzy chord progression, one of my favorites on this album. This tune must have dated to time spent in Charlottesville, after graduating from University of Virginia in 1978. The Rivanna is a river there and I had discovered a great place to hang out (and smoke weed) at the conjunction of the Rivanna and Moorman’s Rivers. We called this place “The Rock”.

A Refrigerator For Emily: this is a complicated tune that I had written years earlier in college, but never found satisfactory lyrics. In retrospect, I think it could have been arranged better. I think that my attempt to add lead guitar was a mistake, highlights the limitations of my chops at the time and distracts from the beauty of the chord progression. I think it would have been better as a very simple acoustic guitar piece. Lyric-wise, I had tried to write about a girl’s desire for middle-class materialism. “Emily” was a girl I had met at the fraternity house and once made-out with on a couch. When I was casting about, fishing essentially, for some plan of action in my life, I had fantasized that I could get her to go with me on an adventure of some kind. I made a half-hearted effort to court this girl, but realized she already had a boy-friend and a life in motion where she lived in the Shenandoah Valley. At the time, moving to Boston was something I had been entertaining, but eventually I moved to Colorado. Joining me on that Colorado adventure was the soon-to-be ‘Little Fyodor’. Anyway, lyrics or no lyrics, the title stuck.

She’s So Pretty, But She Is Insane: I don’t remember anything at all about this song. It must have been about a girl I knew, but I’ll be a monkey’s uncle if I can remember exactly who. It’s possible that this title refers to a girl with whom I worked, Maureen. She was the boss’s daughter, it was my first job in Colorado, and she worked hard on seducing me but when it came to actually consummating the seduction, she demurred, leaving me with a terrible case of the blue-balls. The bad blood contributed to my getting fired from the job, thus leaving me twice screwed without ever having gotten screwed once (so to speak). I don’t know that I would characterize this girl as “insane”, but she was indeed both gorgeous and somehow troubled. This experience pre-dated the first rumblings of Walls Of Genius.

Opium Dream: this song utilizes the same invented tuning that I used on “Calf Mountain”. These were the only 2 songs I ever used that tuning on. I eventually gave up the tuning because tuning a string “up” only hastened its demise. It was also a hassle in an era when your only reference for tuning a guitar was an A-440 tuning fork. Lord knows how people like Joni Mitchell, the Rolling Stones and CSN&Y could keep their guitars tuned with all the weird open tunings they employed. Most of us had no idea at the time that these people even used weird open tunings, so it was almost impossible to play their songs out of 70s piano-music song books. I still have those books but they’re mostly worthless crap. Standard tuning only went so far with that stuff. Why I called this song “Opium Dream”, I have no idea. I had only smoked opium one or two times and was not impressed.