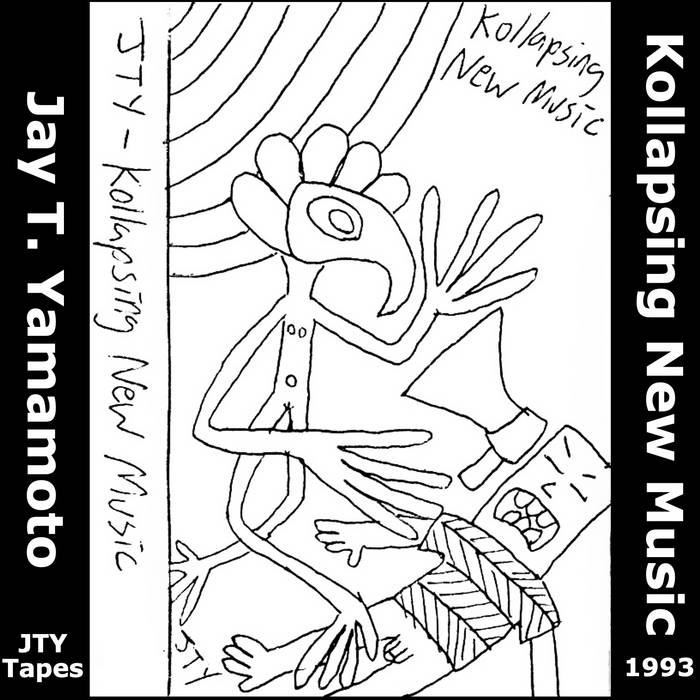 Kollapsing New Music
(the music revolution will be terminated)

A1. The Doors
A2. Suburban Environmental Recording No. 4
A3. Back to the Extinction
A4. Saw A Dog
A5. Love Theme From Larger & Stiffer
A6. They Put A Cylindrical Thing...

Originally released in Spring 1993 in a limited edition of 5.

All songs by JTY except A6 (JTY, Ron Yamamoto, Stuart Hayashi), and B6 (JTY w/ Carey McLaughlin).

This special archival reissue of Kollapsing New Music was made with the consent and cooperation of Jay T. Yamamoto.