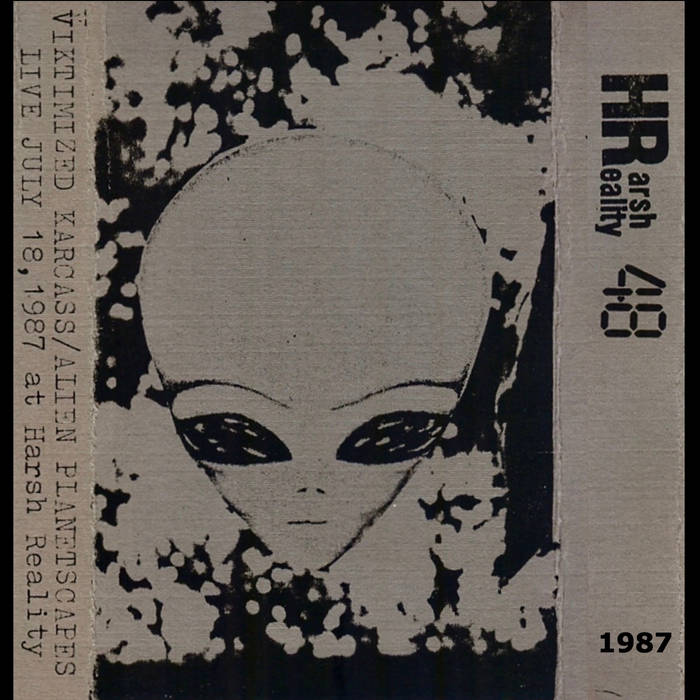 Doug Walker (Dr Synth) and Carl Howard of AP meet and jam with Viktimized Karcass, plus they play an Alien Planetscapes set!

Recorded live on VHS on Chris Phinney's porch, with no soundman.

visit a special web page containing a review by Jerry Kranitz, an interview with Chris Phinney, and a scan of the original cassette cover:
www.haltapes.com/hr048-vkap-live.html

SIDE A: VIKTIMIZED KARCASS
- The Last Retreat
- Back On The Trail
- Bowdown
- Way Way Out
- Got To Be (A Cop)

This archival reissue of Live July 18th 87 At Harsh Reality was created with the authorization and participation of Harsh Reality Music label owner Chris Phinney.

Side-long audio files are presented here to best capture the spirit of the live event, with no track separation of songs.